Joel Coats is president of Entox, Inc. and an expert in Environmental Toxicology.

Joel Coats is Distinguished Professor of Entomology and Toxicology in the Department of Entomology at Iowa State University. He is originally from Ohio and received his B.S. in Zoology (Chemistry minor) from Arizona State University. His graduate training was at the University of Illinois at Urbana-Champaign, receiving his M.S. and Ph.D. in Entomology (Chemistry minor), with specialization in insecticide toxicology and environmental toxicology. Professor Robert L. Metcalf served as his major professor there. He was a Visiting Professor for two years in the Department of Environmental Biology at the University of Guelph in Ontario, Canada.

He has been on the faculty at Iowa State University since 1978 and served as Department Chairman for seven years. He teaches in five graduate courses: Insecticide Toxicology, Pesticides in the Environment, Special Topics in Insect Toxicology, and portions of Principles of Toxicology, and Laboratory Methods in Toxicology. Joel has served as major professor for 44 graduate students, plus 3 current ones, and as adviser for 13 postdoctoral research associates.

He has received the International Award for Research in Agrochemicals from the American Chemical Society Agrochemical Division, and he is a Fellow of the American Association for the Advancement of Science, and a Fellow of the Entomological Society of America. In October he received the Alumni Achievement Award from the University of Illinois College of Liberal Arts and Sciences.

ENTOX, Inc. was established in 1999 to provide the best possible service to clients:

Sorry, but your category is empty! 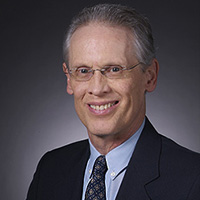